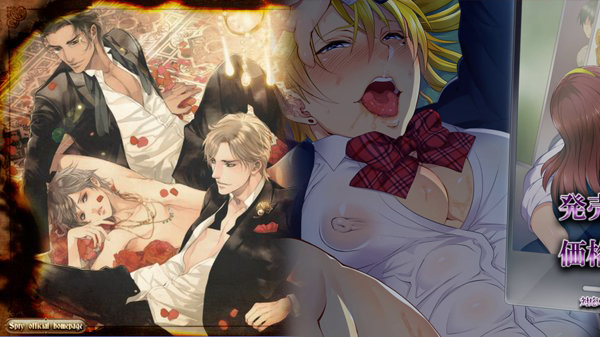 Checked out the demo for Spray’s new thing, Tsuminaru Rasen no Ori, the other day after I realized the game was already out. You can grab it on the official site––do note, you will need to use something like RLSE launcher to run it because of the engine.

Spray’s first completely new game in ages. The features that have been running on this title in Cool-B at least have been pretty damn sparse. They’ve only released a handful of CGs. It’s a… semi-mid-price? title at around 6k with a pretty limited cast. It’s described as a Love-Hate-Triangle game and iirc it has “triangle” endings as well. Title: Tsuminaru Rasen no Ori (“The Spiral Prison of Sin” or something like that) Developer: Spray Character Design: Ciel Scenario: Fuyuno Jinko Storyboarding: Mahiro Kou Art: Ciel, Nana Hiroi, Hatobane Raika Release Date: 5/27/2016 Platform: Windows, Android (later) Website: http://spray.product.co.jp/product/tsumi/index.html Story 1895: The…