Spray’s first completely new game in ages. The features that have been running on this title in Cool-B at least have been pretty damn sparse. They’ve only released a handful of CGs. It’s a… semi-mid-price? title at around 6k with a pretty limited cast. It’s described as a Love-Hate-Triangle game and iirc it has “triangle” endings as well.

Funeral bells echo through the hills of a town just outside the capital. It’s the funeral of an aristocrat who was hailed as the hero of the land.

Whoever he is, it’s got nothing to do with me. I live in a world that will never cross paths with those in attendance.

Aristocrats are aristocrats and servants are servants. That fact will never change. My life as a member of the lower class, existing only to be used by someone, isn’t going to end.

At least that’s what I thought.
Until the moment that all changed. 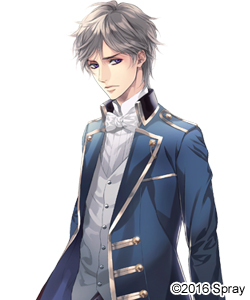 The protagonist of the story. A boy born of a Kisirtonian and a Yaffian*. He was raised in an orphanage and has been working at a funeral parlor. During a funeral service, Claus falls for him the moment he lays eyes on him and he’s taken into service at the Strauss estate.

He’s lived a life of oppression since the day he was born, so he harbors no hopes for the world or the future.

“Nothing’s going to change anyway. Hoping for it is pointless.” 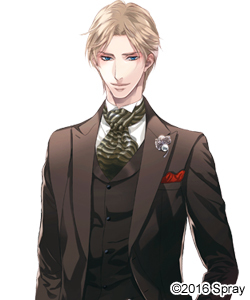 A pure-blooded Kisirtonian with blond hair, blue eyes and pale-white skin. After the death of his father, a man heralded as a hero of the region, he becomes the new head of the Strauss household.

He’s a sociable egalitarian who believes in being a noble gentleman, and he’s mindful of the lower classes like the Yaffians and servants.

“Would you be interested in working at my estate?” 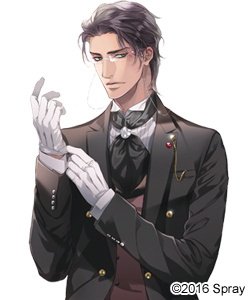 A Yaffian butler and valet serving at the Strauss estate. He’s been attending on Claus since his college days.

Claus trusts him deeply, and he is in charge of assisting Claus with a wide variety of things from his personal care to business affairs. He is eminently skilled at his job, but his private life is full of mysteries.

“Learn the job quickly if you don’t want to be chased out of here.”