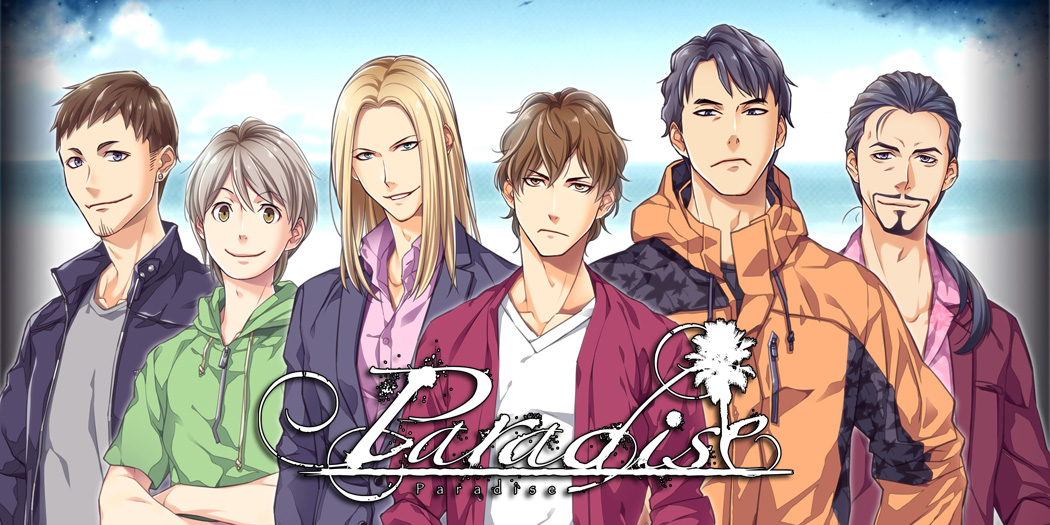 They’re baaaack! We all thought Pigeon Blood might have killed them once and for all back in 2014, but (happily) it looks like that wasn’t the case at all. Having just announced their third game, sister brand, PIL-VAMP, seems to be doing well too!

Anyway, PIL/SLASH is back, collaborating with LOVE&DESTROY’s Awatani Lychee for a new BL game described as a “one-two punch of ultra extreme trauma-guro and hardcore violence!” Since I got my copy of this month’s Cool-B with the reveal feature, let’s rundown what we know so far (normally I’d include scans for reference and because I know I’m prone to dumbass mistakes, but Cool-B’s been on twitter begging people not to post scans and I feel bad so maybe in a few weeks when no one cares anymore––illustration-wise it’s just the sprites that you see on the teaser site and a pretty boring headshot of Azuma, nothing all that interesting really!):

Azuma is a painfully average joe working part time at a convenience store. One day, he participates in a local store raffle and wins a tropical resort vacation. Impressed with his unusually good luck, he excitedly looks forward to the trip… only to discover that his fellow vacationers are all men. 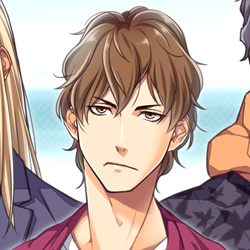 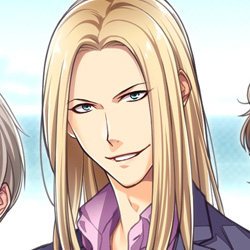 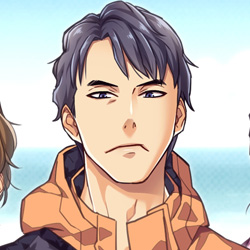 “Let’s just take it easy and keep it casual. No need for ‘Mister’s here.”
One of the men on the tour. He loves fishing. He’s good at taking charge of an area, like a salesman.
Age: 27
Height: 182cm
Bood type: A
Job: Salesman at a medium-size company
Strengths according to him: I’m good at taking care of people
Weaknesses according to him: I’m not very detail-oriented 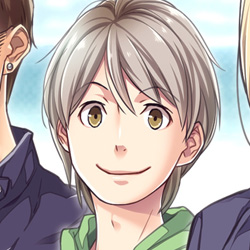 “The name’s Takara. Nice to meet’cha.”
One of the men on the tour. He has such a baby face, Azuma thinks he might be a middle schooler at first. He brightens up whatever room he’s in.
Age: 20
Height: 168cm
Bood type: B
Job: College student
Strengths according to him: I guess I’m a happy guy
Weaknesses according to him: I get a little too carried away with things sometimes 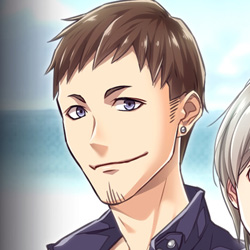 “I wanna get a candid shot. Just act natural.”
One of the men on the tour. He’s a cameraman, so he’s constantly shooting. He’s taken a particular interest in Azuma as a subject.
Age: 24
Height: 175cm
Bood type: AB
Job: Freelance cameraman
Strengths according to him: I’m pretty chill
Weaknesses according to him: I lose sight of everything else when I get obsessed with something 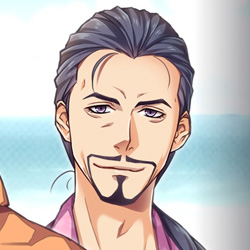 “All of the participants on this tour are young men of about the same age who should be able to understand each other.”
The tour leader. He’s much more reserved than he looks.
Age: 35
Height: 176.5cm
Bood type: AB
Job: Tour guide
Strengths according to him: I’m mild-tempered
Weaknesses according to him: I’m a bit of a pushover

The staff interviews are pretty much fluff (to be expected at this stage). On the staff blog for the announcement they made sure to reassure their readers that despite the seemingly “happy” title, they need not worry about this being some happy, romantic BL story. There’s a short story in Cool-B about a day in Azuma’s life but I don’t have time to read it right now.

Anyway, I’m lookin’ forward to it.