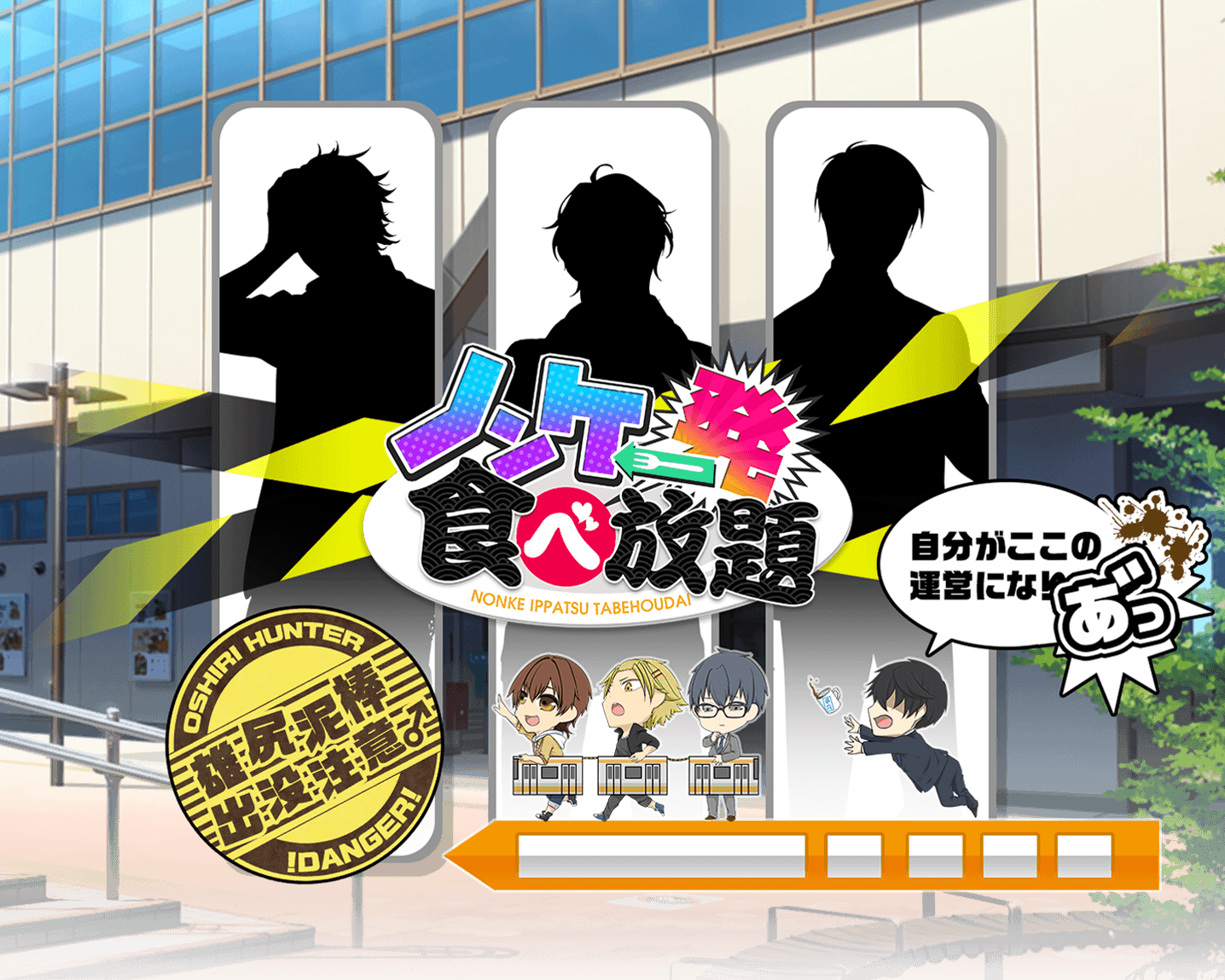 The story, according to the official site:

Born to a legendary pervert father and a similarly legendarily perverse mother, I lived every day of my life in fear of the god of perversion that lay dormant inside me awakening.

I just wanted to live a normal, boring life. Was that so much to ask for? It didn’t seem like it, until one fateful day.

One fateful day when my ability to seek out straight men with legendary tits and legendary asses awakened.

…I had no choice but to embrace my fate…!

The system section is only partially revealed, but you can select character routes, each route has multiple endings, and there are options after the common route.

Yoshioka Manabu, the protagonist (and seme)

A man born of a pair of legendary perverts with the soul of a legendary pervert god inside him.
His parents were so eccentric, he just wants to live a normal life.
He has a calm personality. He’s also an idiot who spills his coffee a lot.
He grew out his bangs to prevent the soul of the perverse god from within him from awakening, but something happened to awaken it, and he gained the ability to identify men with legendary tits and legendary asses.

Hobbies: Having fun with my friends! Stuff like bowling
Special Skills: I can do a backflip!
Likes: Meat! And friends!
Dislikes: I’m not a huge fan of bitter foods…
Impression of Manabu: Can he even see with all that hair in his eyes? I’m really worried about thim

He’s a kind and cheerful young man, although not a very cultured one.
He has a very lovable personality, so he draws a lot of people to him.
He has very naive reactions to things, so girls love to tease him.
He wiles his days away in unpopularity because no one thinks of him as an option for a serious relationship.
Girls keep telling him, “you’re a really nice guy and all, but…”. He’s never had a girlfriend.

Hobbies: Making my mom happy––I mean, nothing
Special Skills: Crushing watermelons with one hand
Likes: The phrase “filial piety”
Dislikes: Guys who try to fuck with me
Impression of Manabu: Dunno if we could see eye-to-eye. Just looking at him pisses me off.

He has an aggressive personality and is quick to start fights.
However! At his core he’s actually a very earnest person who always follows the law.
He may be a punk, but he’s a punk with a heart of gold.
He’s not exactly the most polite person, so those around him consider him a troublemaker.
He never skips class, but his grades are pretty bad.
He’s the type of person to take in kittens on rainy days.

He’s a very serious and diligent worker, but his heart is cold as ice.
He’s harsh on both himself and others, but he can be trusted when it comes to work.
Not only is he competent at his job, but he’s also very attractive and popular, but there aren’t any women who are okay with him once they find out about his fetish.
He’s been divorced three times.