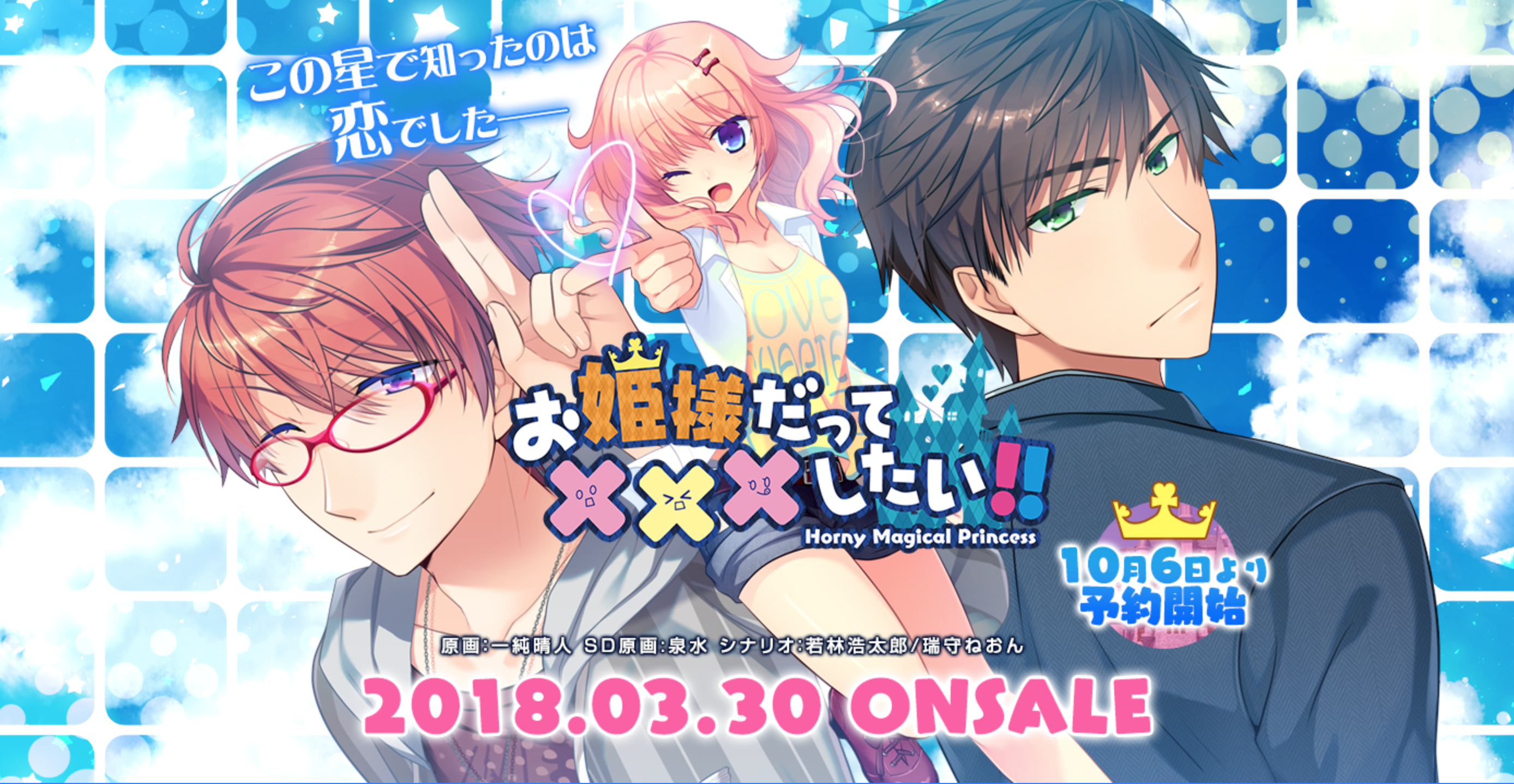 The premise is that the MC is a princess from a magical world where they’re much more open about sex and sexuality than we are on Earth and she comes to Japan to find a husband. She’s described as a “carnivorous” woman who isn’t just the object of the guys’ sexual advances but someone actively seeking out sexual contact with them––which is highly unusual in otome.

Agatsuma Kaoru
Voiced by: One Night Love
One of the men saddled with the princess who fell from the sky. He ended up giving her a place to stay at his place. He’s very serious and neurotic, but he also has a bit of a klutzy side too. He’s such an unusually straight-laced guy in this day and age that he thinks he’ll have to get married to the princess just because she kissed him when they first met.

Takai Ryuusei
Voiced by: Furukawa Tetsuto
The other guy saddled with the princess who fell from the sky. He’s good at talking to girls and very considerate. While he can make sex jokes with the best of them, he’s a bit of a showoff and it quickly becomes apparent how little experience he has to back up all his big talk. His glasses are fake.

Kawai Marika (MC, name changeable)
Voiced by: Ayumi Sara
A princess from a world that is very open about sexuality with no sense of modesty. She was supposed to marry a prince from another land to further enhance the magical realm she’s from, but the people who came from the other world were so interesting, she decided that surely they would be even better for her realm and decided to transport herself to Japan instead.
She’s cheerful and optimistic and if she wants something, she’s going to make a B-line right for it. She’s a kind person who thinks the most important thing is for everyone to be able to have fun.

Utsumi Sanae
Voiced by: Tezuka(?) Ryouko
The princess’s personal super maid who can do just about anything. As another native of the magical realm, she has essentially no sense of modesty and is also an extremely “carnivorous” woman. She cares for the princess more than anyone, and would never lay a hand on Kaoru or Ryuusei since the princess has her eye on them.
*Note: She does not have any h-scenes with the route guys. (Whoops I can’t read)

Anyway that’s the basic stuff. There’s going to be a feature in the next issue of Cool-B too.